This is not a changelog of a project. It is what I learned in the development of livereload.

I created livereload (implemented in Python) one year and 8 months ago. The first version was released on May 4th, 2012. I had been working on it for a while, but I didn't enjoy it myself.

LiveReload is a Mac software that monitors changes in the file system. A quote from the official website:

As soon as you save a file, it is preprocessed as needed, and the browser is refreshed.

And my implementation in Python is a command line tool that simulates the behavior of LiveReload, a bit like guard.

The reason why I created this project is pretty simple. I was working in a Python-only development environment, it would be nice that everything is in Python. However, things changed in the last year, I am more a front end developer than a back end pythonist. I enjoy nodejs, I also enjoy other languages like ruby and golang.

Anyway, I don't like to start another server for watching file changes only, the original design of Guardfile is not good enough, at least I am not satisfied. The simulation just doesn't work for me.

This is a slide of a talk by Armin Ronacher — Thinking Outside The Box.

Create something I will use in the daily life

The original copied one has nothing new, nothing special for Python that I would use it in my daily life. This makes me sad. So I have no much enthusiasm in the maintainence of it.

But I do believe that livereload is a good idea. Maybe I just did it wrong. One day, a brilliant idea came to me — livereload for wsgi.

A simple example of the idea:

Wow, that looks good. It seems something that I will use in my daily life. Since I prefer Flask, I can write the scripts with Flask-Script in a manage.py file:

And whenenver a css file changes, the browser will refresh it itself.

Actually, my environment of front end development is far more complex, I use rework for css processing, component for javascript modular. The real example would be gorgeous.

Take a peep of my scripts:

Do one job, and do it well

Version 2.0 of livereload is more a library rather than an application. Which means other libraries in Python can easily bundle it in. I hope it can be a great library.

The lack of compilers does not affect much. Since livereload provides you a way to execute shell command. As you can see in the above example that server.watch supports executing shell commands, so that we can do:

That's why compilers are removed, since every compiler is some sort of a shell command, there is no reason for wrapping them in Python any more.

By removing compilers, livereload focuses on the server implementation, and file watcher. The core code is much simple now.

We programers like to reinvent tools. Sometimes we create things better than the old ones, sometimes we fail. The most valuable tool I learned in the last two years is Makefile.

I think every programer should know Makefile, and take the advantage of it. Like what I did/do in my daily life. The examples above are using Makefile:

The rewritted version 2.0 of livereload was released days ago. There are features not implmented, bugs not fixed, but the concept works well. It is not just an implementation of Python, it is an implementation for Python.

The code is much more pretty than before. It is well documented and tested. I hope people will enjoy it. It is a library now, I am looking forward to libraries that depend on this project and making the web development of more fun. 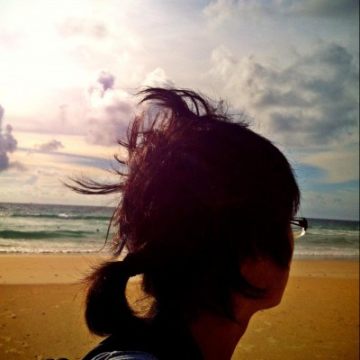 The Unpleasant Part of Open Source I appreciate open source, I open source sometimes. But there are unpleasant things in open source.